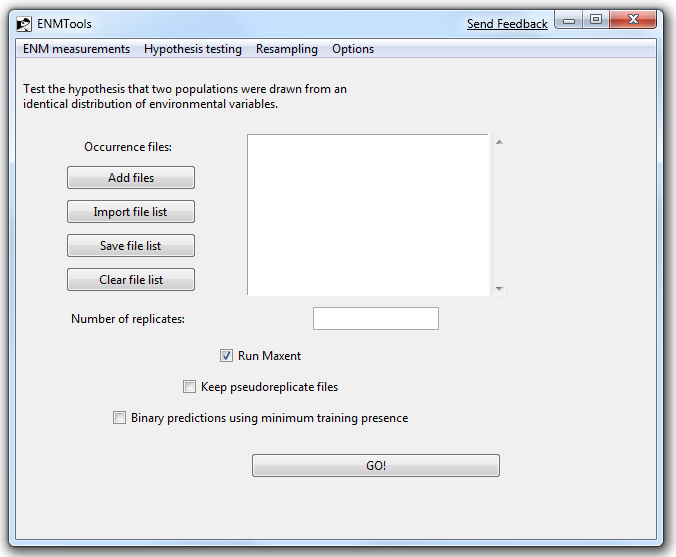 I'm hoping to have an alpha version of it up on the web site in a few days. The tabs are gone, replaced by a more normal-looking menu system. I'm also slowly but surely going to start adding more flexibility in how Maxent runs are conducted, with the ultimate goal being that the user can set any Maxent option from within ENMTools and apply that to all runs automatically. That's a bit of a ways away, though.
Posted by Dan Warren at 3:20 PM