I've spent the last month relentlessly tweaking ENMTools-R's code to make it CRAN-compatible, and we're pretty much there now.  Most of the changes aren't visible from the user's end of things, but they're necessary to make sure that it's suitable for wider distribution.  I've tested everything, and it seems to all be working.

THAT SAID, it's entirely possible that something has been borked up that isn't popping up in my own code.  If you download ENMTools from the GitHub repository and notice it acting weird in some way, please don't hesitate to raise a GitHub issue about it.

Also, there's a nice new function called raster.cor.plot that does this: 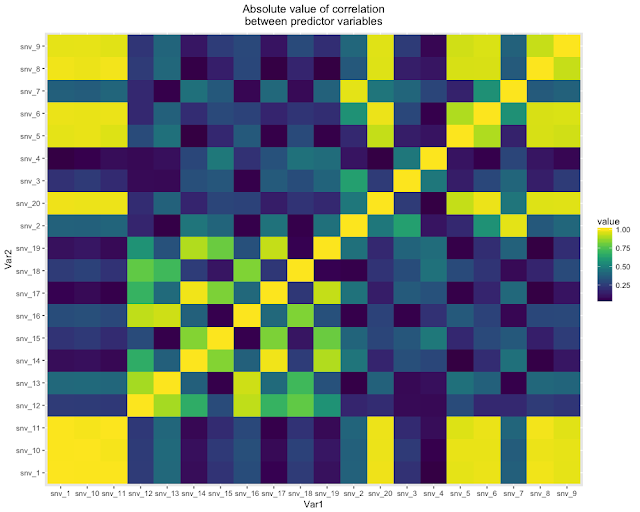 Which is pretty darn cute if I do say so myself.  It's visualizing the correlations between a set of predictor rasters.